The Remedies Available for Legal Matters in Commercial Law

Millions of people engage in commercial activities around the world. They rely on the exchange of both goods and services to make a living, sustain business and run private and public enterprises. In this regard, there has to be a body of law that regulates the conduct of people, outlines their rights and establishes their relations. The body of law in question is commercial law. One way commercial law serves people in their business setting is by laying the framework for resolution of disputes. What happens when someone does not live up to their contractual obligations? What should you do when you face unfair competition? Here are the options you have whenever you have a conflict with other parties in your commercial relations:

A violation of the terms of engagement can result in financial loss. Monetary compensation is one of the things that another party can do to resolve a dispute arising from a failure to honour their part of the agreement. The essence of monetary compensation is to subsidise the losses you incurred and restore the financial position you enjoyed before the infringement occurred.

The beauty of using legal means for compensation is that you recover the amount lost plus any fees or charges incurred in the pursuit of that compensation. For example, the court recognises that you incurred certain costs to seek legal advice, and the guilty party must help you bear these costs.

Rescission of Your Contractual Agreements

You can also solve conflicts in commercial transactions by repealing or cancelling your duties or obligations in a contract. When you rescind a contract, the court nullifies all the terms and conditions governing your engagement with another party in a transaction. By rescinding, the objective of the court is to void a legally recognised contract and restore you to the position you were before entering the contract.

Evidence of fraud, material errors and contracts entered into under duress are some of the examples that call for rescission as a conflict resolution measure.

Conflict arises from actions committed by others or a failure on their part to perform as you had agreed. When this happens, the court can resolve the conflict in two ways. First, the court can issue an injunction restraining the other party from continuing or beginning an action that infringes your rights. Secondly, the court can order for specific performance of an act, ensuring that the other party fulfils his or her obligations as required.

To learn more, reach out to a local commercial lawyer. 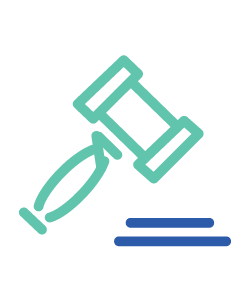